Image compatibility, one of Image Theory′s (Beach & Mitchell, 1987; 1990) most instrumental components, was tested in two lab studies. Consistent with theory propositions, results show that when perceptions of a project′s current and target images were more compatible, decision makers were more inclined to continue a project and more willing to commit additional resources. This pattern was found when project performance feedback was positive or negative (Experiment 1), or merely framed in a positive or negative manner (Experiment 2). Moreover, data from both studies indicated that image compatibility accounted for significant variance over and above that predicted by feedback sign and dissatisfaction with project performance alone. Results are discussed in terms of their contribution to the current status of the Image Theory paradigm and as a basis from which future research might build. 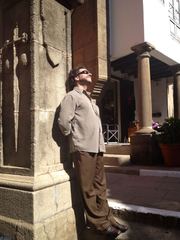