A New York photojournalist who specialised in scenes of crime and disaster, Weegee also made photographs reflecting his Jewish heritage, among them being pictures focusing upon assimilation, social justice and anti-Semitism. By discussing a number of such photographs, many of them published in Weegee's first books, Naked City (1945) and Weegee's People (1946), this article describes how the photographer's religiocultural inheritance influenced his imagery. At the same time, the article provides a model for future analyses of how Jewish descent affected the work of other influential Jewish-American photographers.

Can't find the article or book you need? Don't give up! Use Interlibrary Loan. It's free to CSU students, faculty, and staff. 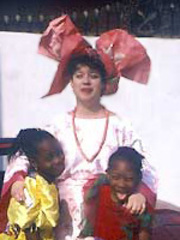