In Galveston, Texas-the small but thriving seaport that served as the state's commercial emporium-poor whites and enslaved African-Americans often interacted in ways uncommon in southern slave society and unsettling to the slaveholders whose economic, social, and political dominance required a unified white commitment to black inferiority. Social interaction among enslaved black and "common" white people, who shared few of the material advantages of white supremacy, represented a dangerous blurring of established racial lines and posed a potential threat to the social control of slaveholders and to the rigid hierarchy of southern slave society. Such relations developed as African-American bondspeople and white casual laborers spent much of their time together working at menial and arduous tasks; living side-by-side in impoverished neighborhoods; and socializing in homes, liquor stores, brothels, and saloons. As in other antebellum port cities, the degree of interracial socialization in Galveston worried the slaveholding elite to such an extent that the city repeatedly passed laws carrying increasingly harsh penalties designed to draw more clearly the color line between black and white workers. In examining such interaction, this article challenges the "whiteness" interpretation of antebellum labor history, which argues that white workers became virulently racist in order to distance themselves from black people. 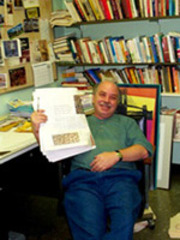