This article studies illegitimacy, which was a canonical impediment to ordination, within the English clergy between 1198 and 1348. Scholarship on illegitimacy in the clergy has previously relied on canon law, conciliar decrees, and dispensations preserved in papal registers. Using these sources, historians have concluded that the papacy tightly controlled illegitimate men's access to orders, that the burdens of obtaining dispensations for illegitimacy (the defectus natalium) could pose substantial obstacles to a man's clerical career, and that priests' sons made up a significant percentage of the illegitimate clergy. This article, which draws on the large and previously untapped body of dispensations surviving in English episcopal registers to supplement the papal sources, reaches different conclusions. It argues that the great majority of illegitimate clerics in the thirteenth- and fourteenth-century English clergy were the sons of unmarried lay parents. It further argues that dispensations were more readily accessible than has previously been suggested, and emphasises the importance of local branches of the ecclesiastical hierarchy to an individual's efforts to attain a dispensation to enter holy orders. 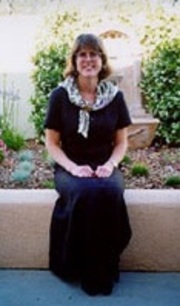