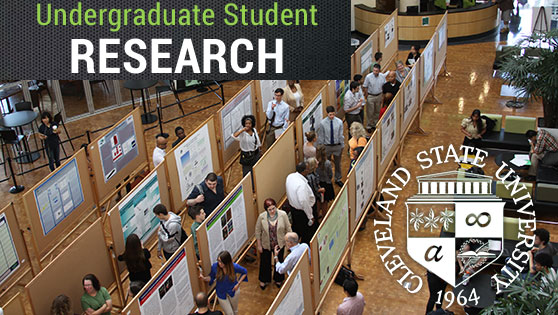 Sixty-eight CSU undergraduate students had the opportunity to work on research projects with faculty mentors during Summer 2014. Fifty-seven proposals were received from five colleges with requests totaling $460,754. With the generous support of the Provost's office, 33 proposals were funded across 16 departments for a total of $249,838. The Fall 2014 Undergraduate Research Poster Session took place on September 4, 2014 from 10am - 2pm in the Student Center Atrium. Students, faculty, and staff were invited to attend the poster session, which provided students the opportunity to discuss their research with the CSU community.