Subway tunnel condition assessment presents significant challenges for engineers and managers and is becoming increasingly important as the systems continue to age. Tunnels are in constant heavy use in an aggressive environment. Tunnel systems are vast, dark, and noisy. The national investment in subway tunnels is enormous, and careful maintenance and management are necessary to protect this investment. Technologies that can rapidly and accurately access the condition of subway tunnels without interfering with the normal operation of the system were studied. First, issues and problems in subway tunnel maintenance were reviewed through the literature and by interviewing transit agency managers and engineers. Next, different nondestructive evaluation (NDE) methods including spectral analysis of surface waves, impact echo, ground-penetrating radar, and impulse response were evaluated to determine the advantages and limitations of these methods on different problems like water leakage, corrosion, and cracks in subway tunnel systems. Issues of data and infrastructure management were also considered. NDE technologies have considerable potential for improving the maintenance and management of transit infrastructure. However, to fully realize that potential, further development is needed. It is necessary to distinguish between methods that require interruption of subway traffic from those that do not. Rapid screening NDE methods must be researched to develop clear signals of delamination, moisture-related damage, and other issues of concern. It is also necessary to develop automated procedures to process the vast amounts of data generated during extensive NDE testing. Case studies and demonstration projects must be developed and documented to convince managers of the utility of this approach. 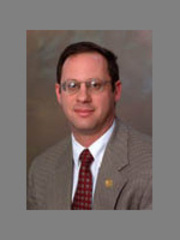