Collapse of the Quebec Bridge, 1907

Journal of Performance of Constructed Facilities

In the late 19th century, the transportation needs of Quebec led to proposals for bridging the St. Lawrence River. The Quebec Bridge was the longest cantilever structure attempted until that time. In its final design, the clear span was 548.6 m (1,800 ft) long. The bridge project was financially troubled from the beginning. This caused many setbacks in the design and construction. Construction finally began in October 1900. In August 1907, the bridge collapsed suddenly. Seventy five workers were killed in the accident, and there were only 11 survivors from the workers on the span. A distinguished panel was assembled to investigate the disaster. The panel’s report found that the main cause of the bridge’s failure was improper design of the latticing on the compression chords. The collapse was initiated by the buckling failure of Chord A9L, on the anchor arm near the pier, immediately followed by Chord A9R. Theodore Cooper had been the consulting engineer for the Quebec Bridge project, and most of the blame for the disaster fell on his shoulders. He mandated unusually high allowable stresses, and failed to require recalculation of the bridge dead load when the span was lengthened.

Support for this research was provided by the National Science
Foundation under the project “Developing Case Studies in Failures
and Ethics for Engineering Educators,” Project No. DUE
0127419. 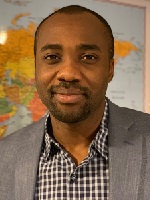