LI Annual Meeting of the Linguistic Association of the Southwest

For questions about local arrangements, please contact Dr. Medina-Rivera at a.medinarivera@csuohio.edu or 216-832-6941. 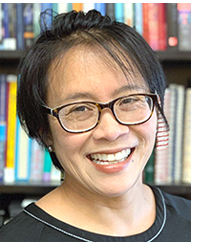 Among language experts, who among us isn’t passionate about the question, “what makes a good language learner”? Indeed, we are driven to question overly simplistic, monolingually-biased views of competence. After several decades of research and theory-building, we more confidently assert: language learners don’t come to be viewed as ‘good’ or bad’ because of anything inherent in their skills or actions, but rather as a consequence of their interactions with other language users.

In healthcare, the discourse around ‘good patients’ and other ideals such as ‘patient compliance’ and ‘patient cooperation’ remain largely under-examined and under-theorized , particularly in comparison to the literature on “good language learners” in language acquisition. In this plenary, I highlight key points of overlap and divergence in debates about “good language learners” and “good patients”. I also cite several examples in healthcare – in clinical care, risk messaging campaigns, and health education - where untested assumptions about “the good bilingual patient” contribute to linguistic inequities and unjust health outcomes.

Let’s channel the knowledge and perspective we have gained from interrogating our own discourse about the ‘Good Language Learner’, and find ways to disrupt harmful representations of “good patients” in linguistically minoritized communities. I end with a list of action steps for language professionals – including sociolinguists, language teachers, or bilingual education activists -- who want to help steer a “bilingual turn” in patient representation in U.S. healthcare. 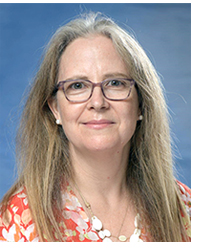 The potential role of bilingual speakers in the process of historical language change has been widely entertained in linguistics. This talk is about how immigrants change their language, and whether there is continuous or broken transmission across generations. With novel empirical data from three immigrant languages in the United States, I show how heritage speakers (second-generation immigrants) drive morphosyntactic changes, when certain environmental characteristics are met. I present the final analysis of a major experimental research project investigating variability in the expression of Differential Object Marking (DOM) in Hindi-, Spanish- and Romanian-speaking immigrants in the United States across generations as well as cross-generational data from native speakers in the homeland. I consider the relationship between social and cognitive factors and timing in language acquisition, bilingualism, and language change. I argue that the changes observed in the grammars of heritage speakers, such as omission of DOM in required contexts, are unlikely directly transmitted by first-generation immigrants. Rather, heritage speakers may reinforce, and even drive, incipient attrition in the parental generation.

Northwestern Amazonian Spanish as a macro-region: The role of the (socio-)linguist
Margarita Jara
University of Nevada, Las Vegas 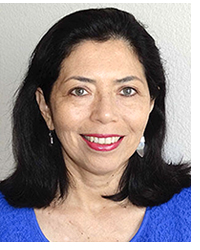 The Amazon rainforest, home to many and diverse indigenous language populations, expands over a vast territory in South America, the most extensive river system in the world. In the western area, Spanish coexists with many indigenous languages since colonial times. As a result of the long-term language contact, new varieties of Amazonian Spanish emerged. Studies on these varieties are still scarce, although they have increased in the last decade. Recent research shows that Spanish linguistic features are shared across political borders and point to a macro-region. In this plenary session, I will discuss the socio-historical and linguistic contexts of the expansion of the Northwestern Amazonian Spanish in Colombia, Ecuador, and Peru, emphasizing the contextual relationship between the Andes and Western Amazon.

Considering that the verbal system of the American Spanish macro-dialectal zones varies significantly, I focus on Spanish past verb forms from Northwestern Peruvian Amazonian Spanish corpora. The analyses of these verbal forms, widely studied in Spanish linguistics, will be discussed in the context of reflections on language variation and language ideologies toward Amazonian Spanish varieties formed under intense and prolonged contact with indigenous languages. The presentation will highlight the roles (and responsibilities) that (socio)linguists have in linguistic documentation, in increasing the visibility of Amazonian languages and their linguistic varieties, as well as areas in need of future research.

Registration and Payment information can be found on the Cleveland State University's ShopNet site.
Registration Fees:

Hotel accommodations can be made at the following hotels:

CSU is located in downtown Cleveland and can be easily accessed from several major highways. Download driving directions to CSU and a campus map .

If you're flying, Cleveland Hopkins International Airport (CLE) is only 20 minutes from downtown. From the airport, you can take a taxi to your destination or hop on the Red Line train to Tower City in Public Square (0.8 miles from the University). From Public Square, ride the Health Line Bus to CSU ($2.50 one way) or take a 17-minute stroll up Euclid Avenue.

For more information about the LASSO, please contact Rachel Showstack.