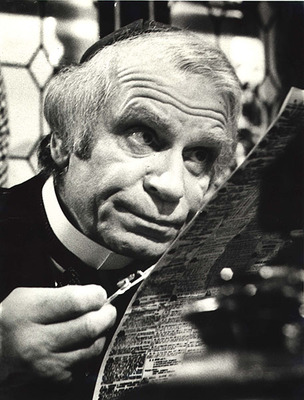 The Merchant of Venice

Shylock, the money lender, "studies the bond (for a pound of flesh) that Antonio has given him. ..A London publication called Olivier's portrayal "the best Shylock of our time." In New York the Anti-Defamation League of B'nai B'rith asserted March 5 [1974] that American Jews were becoming increasingly concerned over a new kind of anti-semitism expressed by individuals and institutions, a kind that is not necessarily deliberate in character. An Associate Director of the League said that the forthcoming ABC television production of "the Merchant of Venice' did not lessen the impact of anti-semitism. " (United Press Internationa, March 8, 1974).

The Merchant of Venice