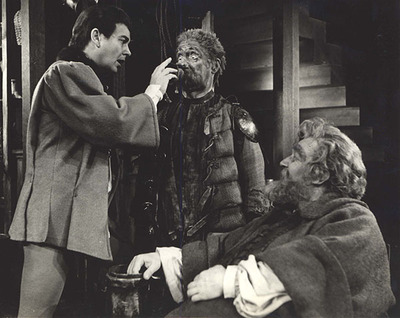 Prince Hal:"You whoreson candle mine you, how vilely did you speak of me even now before this honest, virtuous, civil gentlewoman!"...
Falstaff: "No, no, no, not so. I did not think thou wast within hearing."...
Prince Hal: "Not to dispraiseme, and call me pantler and bread-chipper and I know not what?" (Henry IV, Part 2: II.iv.326-342)