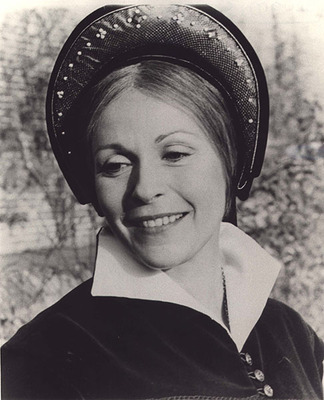 King Henry: "Go thy ways, Kate.
That man i' the world who shall report he has
A better wife, let him in naught be trusted
For speaking false in that. Thou are alone.
If thy rare qualities, sweet gentleness,
Thy meekness saintlike, wifelike government,
Obeying in commanding, and thy parts
Sovereign and pious else, could speak thee out--
The Queen of earthly queens..." (II.iv.133-141)

A BBC-TV and Time-Life Television co-production, presented for the Public Broadcasting Service by WNET/Thirteen, New York.