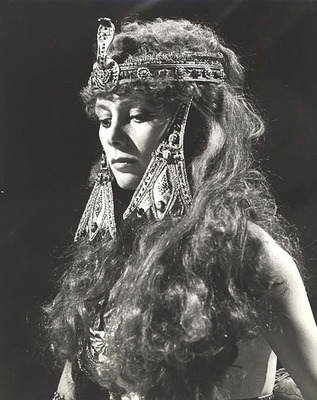 Sultry siren: when professional beauty Lillie Langtry (played by Francesca Annis) turned actress, her performance as Cleopatra became a triumph, acclaimed by the critics and attended by the Prince of Wales [later, King Edward VII], who was more than a spectator in Lillie's tempestuous life. The story of the legendary Jersey Lily" continues on the Mobil-funded Masterpiece Theatre..."