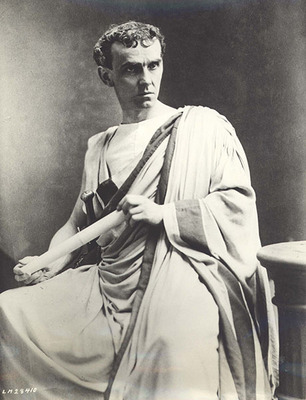 Such men are dangerous: Lawrence Barrett, whose best remembered part was Cassius in the stage production of Julius Caesar," which he played around 1870 with Edwin Booth as Brutus. He was famous for the role both in America and England."