Center for Economic Development: All Publications

Distributed Generation as a Response to Rising Electricity Costs in Ohio

Ohio faces significant challenges to its manufacturing in a global economy. Energy intensive manufacturing, in particular, is threatened by rising electricity costs and a need to reduce carbon emissions. Electricity costs are projected to increase substantially in the coming years, especially in grid constrained areas such as that found in Northern Ohio. One answer to this threat is the adoption of distributed generation, especially in the form of combined heat and power, or CHP. Distributed generation is power generated in small amounts at or near the site of consumption, thereby reducing line losses and increasing the strategic value of that power. CHP offers the best near term solution for manufacturing, insofar as it is reliable and it enables the manufacturer to reduce its reliance on the grid. CHP can provide a solution to both the problem of rising capacity charges and to meeting the EPA requirements for steam generation.

Ohio manufacturers face multiple threats for which distributed generation and CHP could provide relief. However these threats also create an opportunity for manufacturers to position themselves to have a long term competitive advantage over other manufacturers, especially those in Asia and Europe, who do not enjoy inexpensive natural gas like Ohio does. The advent of shale gas, which has created a promising long term outlook for natural gas prices, may make the case for CHP even more compelling. However Ohio policy makers must ensure that Ohio’s regulations support and do not impede the deployment of distributed generation in Ohio, especially for CHP. 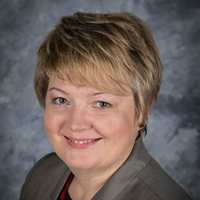