To Be a Man: A Re-Assessment of Black Masculinity in Lorraine Hansberry's A Raisin in the Sun and Les Blancs

Continuum: The Journal of African Diaspora Drama, Theatre and Performance

The first Black woman to pen a Broadway play, Lorraine Hansberry scripted a majority of male protagonists. Critics tend to see Hansberry’s depiction of Black men as either an unfortunate departure from her feminist concerns, or as damaging representations of Black masculinity. In contrast to such views, this essay maps the trajectory of Hansberry’s career-long project of scripting positive visions of Black masculinity, from the politically progressive, while still patriarchal, structures of masculinity in A Raisin in the Sun, to the heterogeneous performances of revolutionary masculinity in Les Blancs. Further, in her role as public intellectual, Hansberry questioned prevailing assumptions about masculinity during her time. In the pages of The Village Voice, Hansberry challenged a group of white writers she termed the “new paternalists,” including Jean Genet and Norman Mailer, in order to dismantle stereotypes of Black men as violent and hypersexual.

Burrell, Julie M., "To Be a Man: A Re-Assessment of Black Masculinity in Lorraine Hansberry's A Raisin in the Sun and Les Blancs" (2014). English Faculty Publications. 9.
https://engagedscholarship.csuohio.edu/cleng_facpub/9 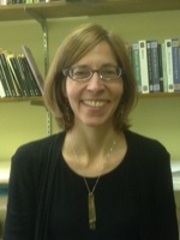