Reconstructing the Slave: The Image of the Slave in Ancient Greece

Although the importance of slavery to Greek society has long been recognized, most studies have primarily drawn upon representations of slaves as sources of evidence for the historical institution, while there has been little consideration of what the representations can tell us about how the Greeks perceived slaves and why. Although historical reality clearly played a part in the way slaves were represented, Reconstructing the Slave stresses that this was not the primary purpose of these images, which reveal more about how slave-owners perceived or wanted to perceive slaves than the reality of slavery. Through an examination of lexical, visual and literary representations of slaves, the book considers how the image of the slave was used to justify, reinforce and naturalize slavery in ancient Greece. 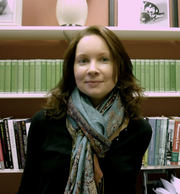