Analysis of Thermal Effects in Infrared and Interference Microscopy: n-Butane-5A and Methanol-Ferrierite Systems

Recently, infrared and interference microscopy methods have been increasingly applied to measure internal concentration gradients and hence the uptake of different adsorbates in zeolite crystals. In contrast to conventional macroscopic batch uptake techniques, these microscopic/mesoscopic methods measure changes associated with single zeolite crystals. The analysis of data from these measurements to determine micropore diffusivities has been performed on the basis of the assumption that isothermal conditions prevail during both the adsorption and desorption experiments. This assumption is critically examined in this paper for the case of methanol diffusion in ferrierite crystals during adsorption and desorption to vacuum. It is shown by both detailed simulation as well as an order of magnitude analysis of time constants for heat transfer and diffusion that the temperature changes in the system are negligible during adsorption due to the high conductive heat transfer rate. However, during desorption to a vacuum, heat conduction is minimal so that heat transfer occurs only by radiation. Temperature changes as large as 5–7K are therefore to be expected at the beginning of the desorption process. However, since the time constant for the desorption process is of the order of hundreds of seconds, this temperature transient dissipates rapidly and has no significant impact on the overall desorption process. Even for the worst case scenario considered here, for both interference and infrared microscopy methods, the systems can be considered as essentially isothermal.

NOTICE: this is the author’s version of a work that was accepted for publication in Microporous and Mesoporous Materials. Changes resulting from the publishing process, such as peer review, editing, corrections, structural formatting, and other quality control mechanisms may not be reflected in this document. Changes may have been made to this work since it was submitted for publication. A definitive version was subsequently published in Microporous and Mesoporous Materials, 104, 1-3 (August 23, 2007) DOI 10.1016/j.micromeso.2006.11.017 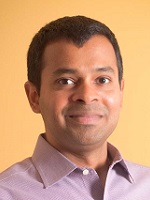