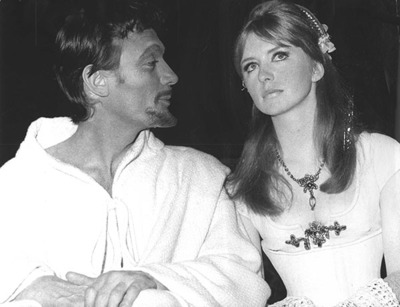 Probably a pop theatre production at the 1966 Edinburgh Festival; released as a film in 1968. Original UPI caption notes Jane Asher is a "Beatle's Girl...When not on stage, Jane will generally be found in the company of Beatle Paul McCartney. They plan to marry, according to unconfirmed reports." (UPI, 10/12/66)